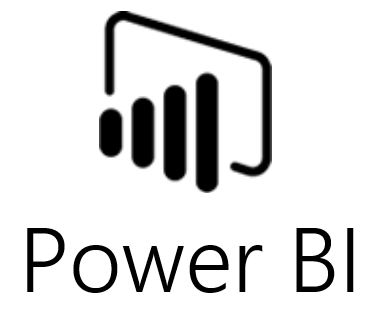 This page provides you with instructions on how to extract data from Zendesk and analyze it in Power BI. (If the mechanics of extracting data from Zendesk seem too complex or difficult to maintain, check out Stitch, which can do all the heavy lifting for you in just a few clicks.)

What is Power BI?

Power BI is Microsoft’s business intelligence offering. It's a powerful platform that includes capabilities for data modeling, visualization, dashboarding, and collaboration. Many enterprises that use Microsoft's other products can get easy access to Power BI and choose it for its convenience, security, and power.

With high-value use cases across analysts, IT, business users, and developers, Power BI offers a comprehensive set of functionality that has consistently landed Microsoft in Gartner's "Leaders" quadrant for Business Intelligence.

Getting data out of Zendesk

You can extract data from Zendesk's servers using the Zendesk REST API, which exposes data about tickets, agents, clients, groups, and more. To get data on a ticket, for example, you could call GET /api/v2/tickets.json.

The Zendesk API returns JSON-formatted data. Here's an example of the kind of response you might see when querying for the details of a ticket.

You can analyze any data in Power BI, as long as that data exists in a data warehouse that's connected to your Power BI account. The most common data warehouses include Amazon Redshift, Google BigQuery, and Snowflake. Microsoft also has its own data warehousing platform called Azure SQL Data Warehouse.

Connecting these data warehouses to Power BI is relatively simple. The Get Data menu in the Power BI interface allows you to import data from a number of sources, including static files and data warehouses. You'll find each of the warehouses mentioned above among the options in the Database list. The Power BI documentation provides more details on each.

In Power BI, each table in the data warehouse you connect is known as a dataset, and the analyses conducted on these datasets are known as reports. To create a report, use Power BI’s report editor, a visual interface for building and editing reports.

The report editor guides you through several selections in the course of building a report: the visualization type, fields being used in the report, filters being applied, any formatting you wish to apply, and additional analytics you may wish to layer onto your report, such as trendlines or averages. You can explore all of the features related to analyzing and tracking data in the Power BI documentation.

Once you've created a report, Power BI lets you share it with report "consumers" in your organization.

Keeping Zendesk up to date

You've built a script that pulls data from Zendesk and loads it into your destination database, but what happens tomorrow when you have dozens of new tickets and related data?

The key is to build your script in such a way that it can identify incremental updates to your data. Thankfully, Zendesk's API returns updated_at fields that allow you to identify new records. Once you've taken new data into account, you can set up your script as a cron job or continuous loop to keep pulling down new data as it appears.

From Zendesk to your data warehouse: An easier solution

As mentioned earlier, the best practice for analyzing Zendesk data in Power BI is to store that data inside a data warehousing platform alongside data from your other databases and third-party sources. You can find instructions for doing these extractions for leading warehouses on our sister sites Zendesk to Redshift, Zendesk to BigQuery, Zendesk to Azure SQL Data Warehouse, Zendesk to PostgreSQL, Zendesk to Panoply, and Zendesk to Snowflake.

Easier yet, however, is using a solution that does all that work for you. Products like Stitch were built to move data automatically, making it easy to integrate Zendesk with Power BI. With just a few clicks, Stitch starts extracting your Zendesk data, structuring it in a way that's optimized for analysis, and inserting that data into a data warehouse that can be easily accessed and analyzed by Power BI.

Stitch integrates all of your Zendesk data so you can focus on analysis in Power BI, not data consolidation.